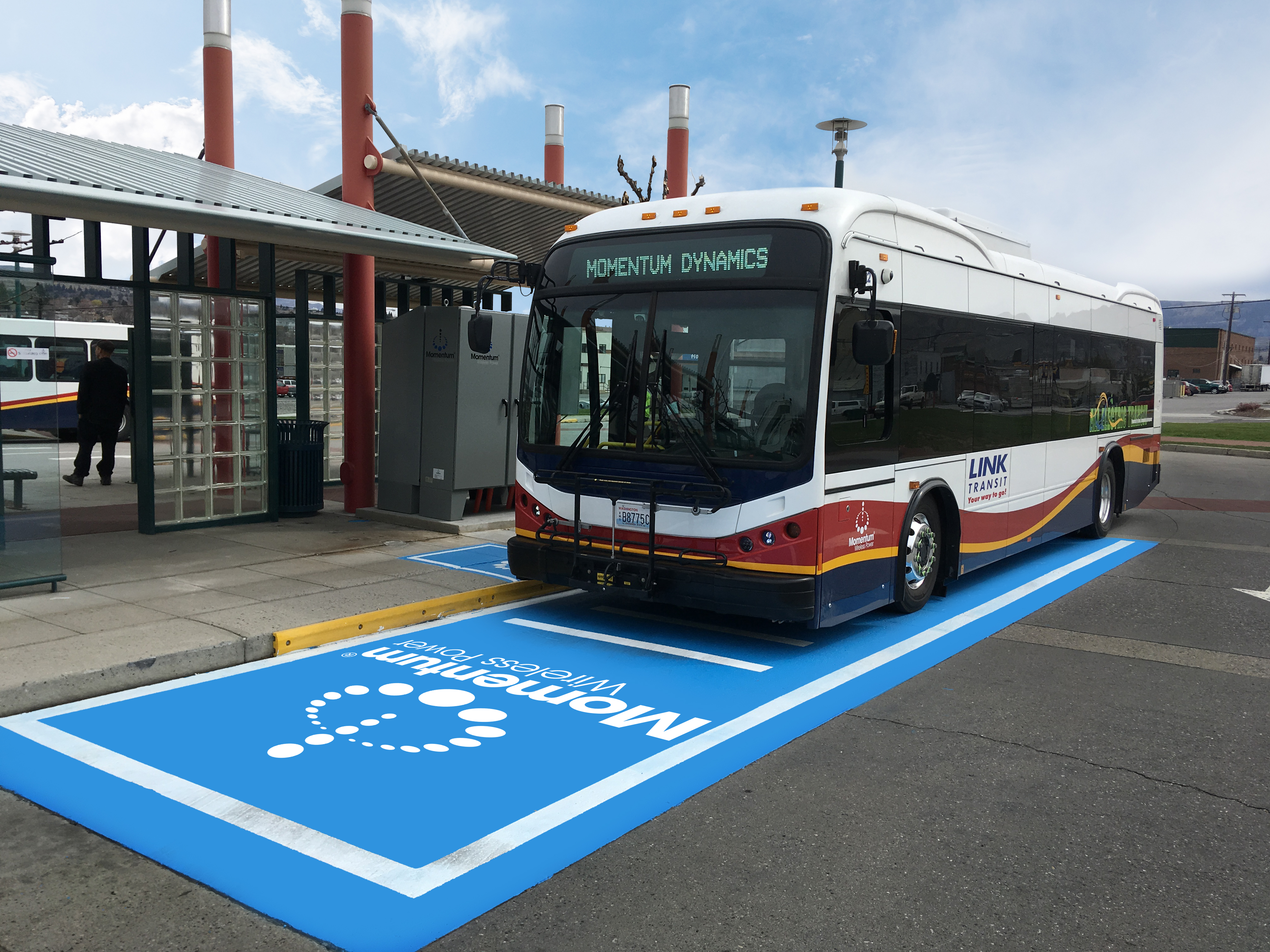 Wenatchee, Wash.’s Link Transit achieved 50 megawatt-hours of energy delivered wirelessly to its electric bus fleet. Link Transit is the first electric bus operator in the Americas to reach this technology milestone, and the first in the world to do so in under two years.

Debuting its electric buses on urban routes in 2018, Link Transit elected for wireless charging because of the inherent high efficiency of the system and its ability to allow an electric bus to drive with unlimited range using opportunity charging delivered to the bus along its driving route. “On-route” wireless charging delivers partial charging from a ground pad to a receiver completely automatically to the zero-emission bus without the need for cables. This enables a bus to be charged throughout the day while on its scheduled route without interruption.

The wireless charging system was developed by Pa.-based Momentum Dynamics.

During the 2019-2020 cold winter weather, a Wenatchee bus featuring the wireless system ran a 14-hour scheduled route and maintained its battery charge above 90% throughout the journey. Maintaining battery charge during duty cycle is a key factor in allowing fleets to adopt electric vehicles. Vehicles have an effective range exceeding even diesel buses and return to depot with a nearly full battery which requires significantly less charging overnight, which in turn reduces demand on a depot’s electricity supply and causes less stress to the electric utility.

The wireless system requires no plugs or cables to operate and can be installed within the street pavement, or on a garage floor, making the automatic system both silent and invisible at the point of charging. This is especially important to cities as they seek range-extending charging infrastructure that does not necessitate the adoption of prohibitively expensive and visually obtrusive plug-in or overhead charging systems on public streets.

Following this successful program, Link Transit now plans route expansion and will add 10 new electric buses to its fleet in 2020. All buses will be fitted with Momentum Dynamics' wireless charging receivers and Momentum will provide three additional on-route charging stations, each capable of delivering 300kw.