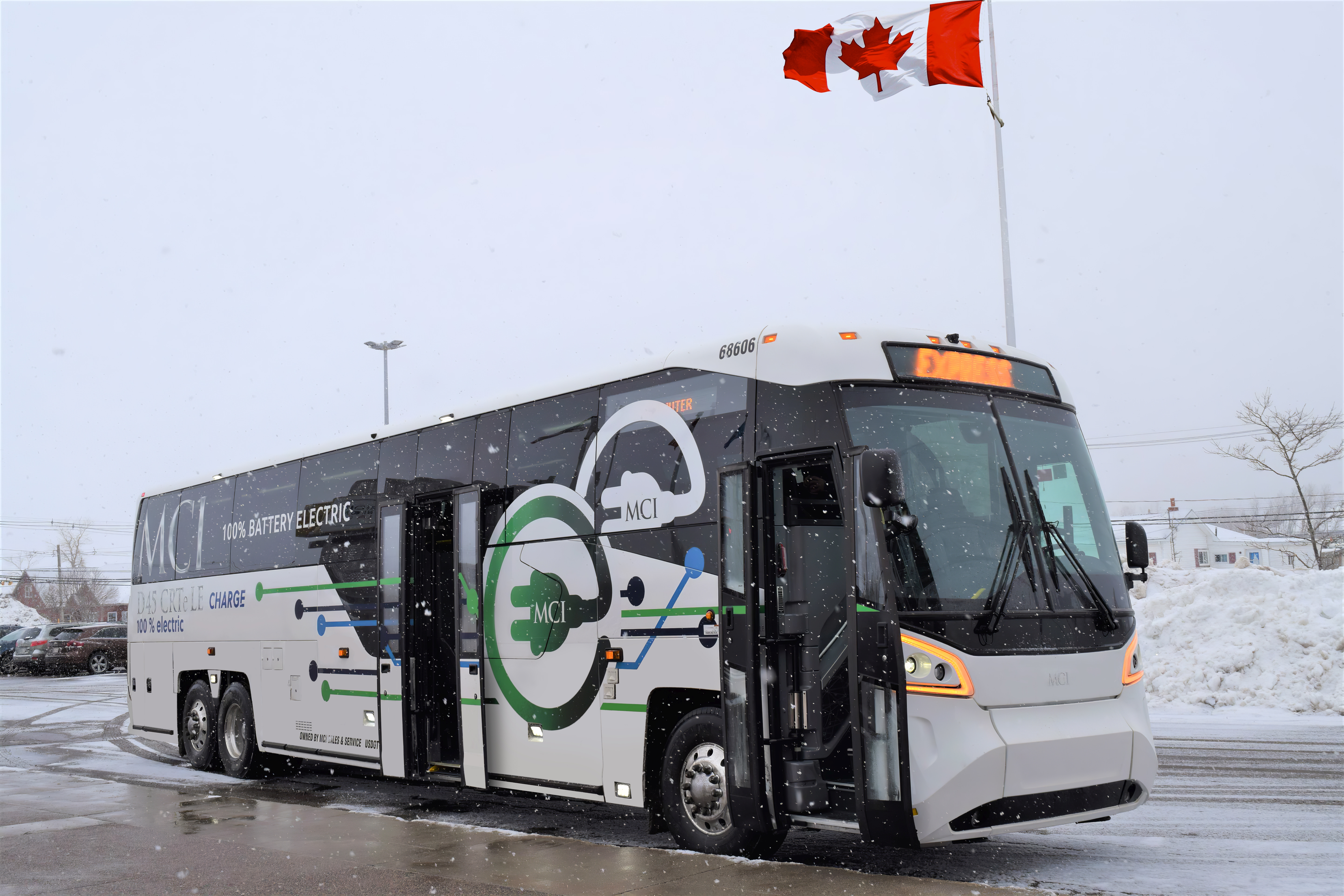 The MCI J4500e CHARGE will bring zero emissions capability to the market, with deliveries planned later in 2020. MCI

The MCI Service Center serves some of the biggest public and private motorcoach markets in the country and is the kickoff point for MCI’s move into all-electric vehicles. The MCI J4500e CHARGE will bring zero emissions capability to the market, with deliveries planned later in 2020. And in 2021, MCI will begin deliveries of the battery-electric D45 CRTe LE CHARGE, featuring the revolutionary patented LE vestibule with a seating area and ramp that significantly improves dwell times and the boarding and rider experience.

In Hayward, MCI is also unveiling its very first ABB HVC (high voltage charger) — it’s an 150c e-Bus charger with depot box converting 480 Volts AC (3-phase) fed from the service center to the charger, which converts it to 200 amps DC for either hybrid or electrical buses based on the CCS Charging Standard. The station is expected to be fully operational by June.

MCI plans to make its battery-electric J4500e first full production model available for demonstrations at the same time to the many companies running employee shuttles in the San Francisco Bay Area — as many already use J4500 clean-diesel powered coaches daily, transporting tech professionals to Silicon Valley.