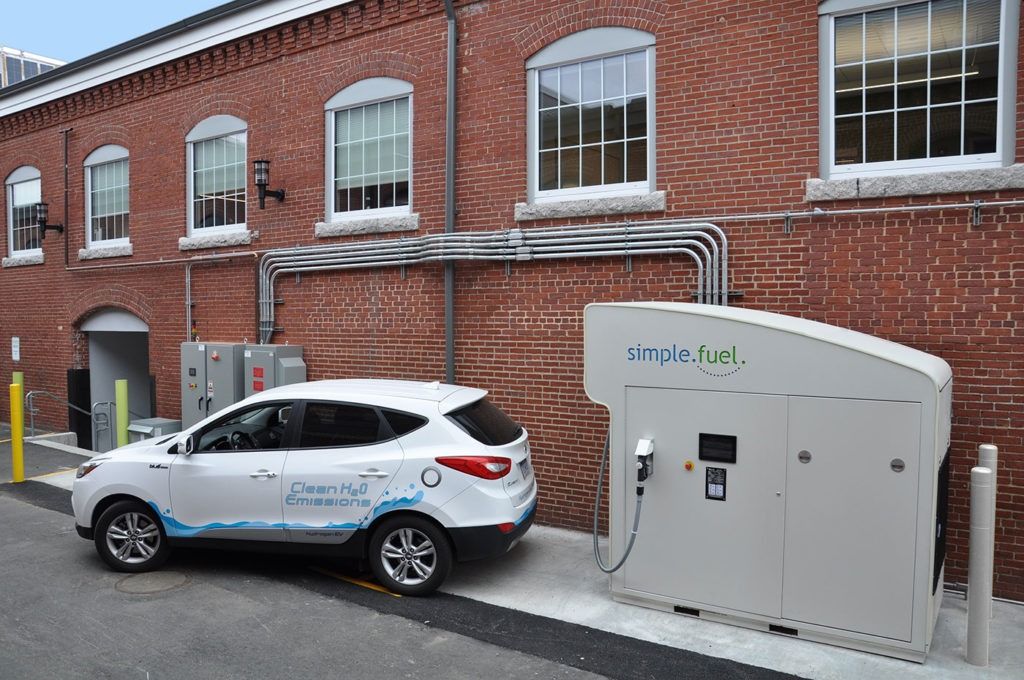 The U.S. Department of Energy (DOE) and Hyundai Motor Co. announced a collaboration to assess the current status of hydrogen and fuel cell technologies’ performance and address the challenges they face. This effort will foster the independent and objective validation of these emerging technologies, including detailed evaluation of the fueling infrastructure.

As part of this partnership, Hyundai will provide five Hyundai NEXO fuel-cell vehicles to DOE and support the installation of a SimpleFuel unit, an American-made, small-scale hydrogen fueling system, in the Washington, D.C., area this fall. This partnership will provide DOE managers and the national laboratories with access to data from real-world operation of hydrogen and fuel cell applications and help guide future DOE research and development.

The idea behind the SimpleFuel system came out of DOE’s H-Prize H2Refuel competition. This competition encouraged American innovators to develop small-scale hydrogen generation systems to refuel forklifts or vehicles at community centers, businesses, and other locations that don’t have hydrogen stations nearby. The H-Prize H2Refuel winner recently exported the American-made hydrogen refueling unit for use with forklifts and other vehicles.

The five Hyundai NEXO fuel cell cars, which can rely on the SimpleFuel unit for refueling, will join the DOE fleet in Washington, D.C. DOE will provide several of the cars to national laboratories that have refueling capability, as well as other federal government agencies. This will allow the independent validation of data and the development of workforce training programs, and encourage greater collaboration between government, research, and industry.